The Simultaneous Invention of Email Marketing and Spam: The Sad Story of Gary Thuerk 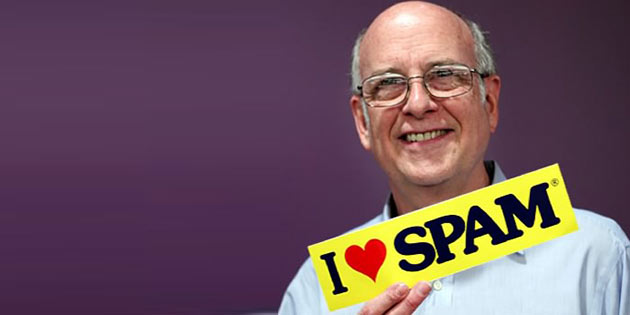 Gary Thuerk — a marketer working for Digital Equipment Corporation (DEC), an early computer manufacturer — was a man ahead of his time. He might have gone down in history as the father of email marketing, doing for the media what Steve Jobs and Steve Wozniak did for the personal computer and what Larry Page and Sergey Brin did for search.

On May 3rd 1978, 26 years ago this week, Thuerk composed a email marketing campaign promoting DEC’s newest computers and sent it to nearly 400 email users on ARPANET — at one time.

This was the message and yes, it was sent in all caps*:

WE INVITE YOU TO COME SEE THE 2020 AND HEAR ABOUT THE DECSYSTEM-20 FAMILY AT THE TWO PRODUCT PRESENTATIONS WE WILL BE GIVING IN CALIFORNIA THIS MONTH. THE LOCATIONS WILL BE:

A 2020 WILL BE THERE FOR YOU TO VIEW. ALSO TERMINALS ON-LINE TO OTHER DECSYSTEM-20 SYSTEMS THROUGH THE ARPANET. IF YOU ARE UNABLE TO ATTEND, PLEASE FEEL FREE TO CONTACT THE NEAREST DEC OFFICE FOR MORE INFORMATION ABOUT THE EXCITING DECSYSTEM-20 FAMILY.

ARPANET, a direct ancestor of the modern Internet was initially funded by the Advanced Research Projects Agency (under the US Department of Defense) — and being that its users were digital pioneers, Thuerk thought that his message about previewing DEC’s latest technology would be relevant to his audience.

And history’s first email marketing campaign was a success. Almost.

According to a 2007 interview, Thuerk says that email marketing campaign helped him net $13 or 14 million in sales for DEC. But most of the reaction to the message was overwhelmingly negative and it caused a major uproar on the young computer network. Thuerk and DEC received numerous complaints and swift retribution from Defense Communications Agency (DCA) which ran ARPANET.

Gary Thuerk is known as the Father of Spam

Instead of building a reputation as an innovative thinker and a trailblazer, Thuerk is best known as the man who pioneered the now loathed practice of sending unsolicited mass sales messages. Is it fair? Maybe not. History isn’t always fair to people who are innovators or who try things for the first time.

Gary saw the original version of this post and reached out to us. I had a really nice phone conversation with him one day and we chatted for well over an hour about the evolution of technology (he’s witnessed a lot of it fisthand), email marketing (he’s proud of his contribution), and social media (he really doesn’t participate). I get spam from him every now and then in  my email and it makes me smile.